This Developer Note contains information of the update on May 25, 2021.
We would like to share news of the Alliance Raid renewal with you, which is our next milestone.

In this Alliance Raid format, Alliance members have to fight a single Raid Boss each.
When multiple Alliance members engage the same boss simultaneously, the damage from the members are added up at the end of the battle.
Damage loss(what we call “the leak”) is inevitable in this process, causing irrational situations such as  alliance members avoiding Raid Bosses which are nearly dead.

Lords who wanted to maximize their damage output had to calculate their own damage and coordinate attacks in sync with other Alliance members, making it hard to enjoy the content without paying a lot of attention and undergoing a lot of stress.

We know the Lords must have felt uncomfortable with this situation.

With this Alliance Raid renewal, all members of the Alliance will be able to battle their own Raid Bosses, assigned individually.

The New Raid Bosses will not fall and continue to fight back, growing stronger with certain amounts of damage taken. We hope this new Raid Boss will be a great way to test the limits of your knights.

2-Line Summary of Alliance Raid
1. One Raid Boss per one Alliance member
2. No need to wait for others to fight first!

We have prepared a battle video to make it easier for Lords to understand the changes in the Alliance Raid.

[Renewal Alliance Raid]
- This video was captured during test process, thus subject to change and not final.

The major changes to this renewal are as follows.

- Each member will battle against an individual Raid Boss.
> Raid Boss difficulty is not shared amongst Alliance members.
> The Raid Boss does not fall, but becomes stronger depending on the amount of damage received.

This content has been changed to test the limitations of the Knights fostered by Lords, without being affected by the amount of damage and timing of the other members.

2. Raid Boss in the Rifts Balancing through Characteristic Attributes

The original Raid Boss content was structured in a way that allowed for multiple Lords to attack together - thus, the Boss was set to have high stamina and low defense.
Now the Raid rules are set so that as the Lord deals more Damage, the Raid Boss level, difficulty, attack strength and defense all increase.

This renewal gave each Raid Boss special attributes, instead of just adjusting balance. In this process,  many skill effects were changed or added.

We expect that the changes will create target points where certain heroes need to be strategically placed.

[Monsters of the Rift Characteristics]

- Products in the Store will be changed in accordance with Alliance Raid reorganization.

Gold-related products have become more diverse, and [Sigil of Bravery] will be added to the purchase list for admission to the Obelisk. In addition, Replica Chests purchase limitations will be changed, alongside improvements that allow for class optional purchases.

Although this reorganization did not add any new dedicated heroes to the store, there will be additional exclusive heroes added to the store in the future.

We hope you find the reorganized merchandise more to your liking, and for you to find use for your existing cumulative points.

Information given out in the Developer Notes are subject to change and balancing during development.
Please note that specific details may change upon the actual update.

We are looking into each and every one of your valuable opinions through the customer center.
We, at Lord of Heroes, will do our best to repay your love and interest with a fun game! 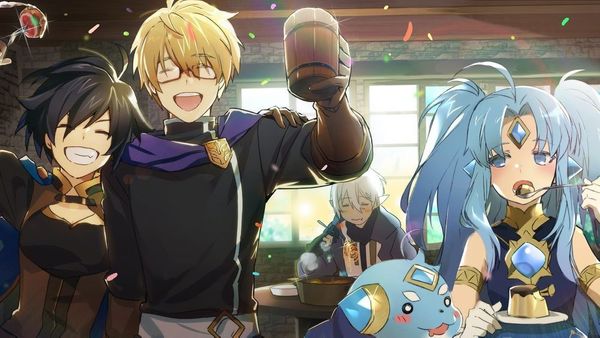 We have prepared a Buff Event for the Lords. The Buff Event that will take place is the event.