This is an announcement to guide you through the upcoming 11/11(Wed) update details. Please check out the details below for more information.

* Confirmed update schedule will be notified through additional notice.
* Update details are subject to change.

■ New Hero ‘Baretta’ Release
“The Fangs of the Empire, [Baretta] awaits you.”

▶ Daily Elements
- The primordial monster appears as a different element every day. On Saturday, the monster will rotate through each element at the highest level reached each weekday.

- Each elemental monster will first appear as Lv.1 and after the monster is defeated, it will appear again at a higher level. On Saturday, the monster will rotate through each element at the highest level and HP gauge reached on each weekday.

▶ [Decrease Action Gauge] and [Sap] Skill Effect Change
- The monster is no longer fully immune to decrease action gauge skills. Decreasing action gauge only applies 50% of its skill effect and a maximum of 30% will only be effective to the monster.

- Sap effect has been increased.
> The sap effect deals maximum 1% of the monster's health, and up to 30,000 damage per stack.

▶ Monster Balance Adjustment
- Along with skill effect changes, we have adjusted HP/Attack/Defense of the monster as well.

> First, the early tiers of the monster’s HP have been increased to balance the damage rating between mid and higher tiers. Mid and Higher tier monster’s HP has been decreased. Especially, we have adjusted the Light elemental monsters’ HP to gradually increase compared with other elements.

> The monster’s Attack and Defense has been decreased by an average of 20% in the early tiers and 30%~40% in the Mid/Higher tiers, so that overall balance of the heroes will be boosted.

> These changes will be adjusted once more after monitoring the result and play of the Alliance Raid.

- Raid results are calculated each week on Sunday, and weekly rewards are distributed the following day based on these rankings.

- Credits are awarded to every alliance member who fought in the raid. The amount awarded is the same for each member.

- Alliance members will also receive a set amount of crystals based on their raid contribution within the alliance.

◈ Alliance Credits : Regardless of the contribution, members will receive equal rewards according to the defeated monster level.

◈ Crystals : During the season, the alliance receives the first reward according to the defeated monster level of each element, and individual rewards are distributed according to the ranking and contribution ratio by the damage dealt.

- Since all alliances will have to fight lower tier monsters every day, we have increased overall rewards to avoid any alliance receiving lower rewards than the previous reward table.

- New alliance ranking table will be added on top of the previous records.

- Added a pop-up message if any member is participating in the raid.
- Added information on your alliance defense region and the ranking.
- Added your expected reward details in the Overall Rankings.

** Due to upcoming changes for Alliance Raid, following season rewards will be given on 11/11(Wed) instead of 11/09(Mon) during the maintenance period. Enlisting will not be available as well.
We apologize for the inconvenience.

- You can select a rotation of hero contract by clicking ‘Arrows’ at the both sides of the screen.
> You can see the hero details by clicking the listed heroes.

(ex 1: Contract A (3 heroes) > 1st recruitment completed > Recruit the chosen hero and start the 2nd recruitment > Not possible to go onto the Contract B (3 heroes)).

(ex 2: Contract A (3 heroes) > Cancel the contract or contract not completed > You can go onto the Contract B. (3 heroes))

- Please note that you CANNOT choose the rotation which is completed.

▶ Hero Contract Cancellation
“Well, lords have their own business to attend to, right?!”

- You will be able to cancel the ongoing hero contract manually.

- Once the contract is canceled, you can start a new contract next day at 00:00 (Local Time).

** Your time will follow the time zone where you created your account for the very first time.
- The canceled contract can be restored by consuming a certain amount of crystals, based on the days you have checked your attendance, via [Renew Contract].

- Once you choose the contract, the record of the canceled hero contract will be cleared.

- You will be able to check the requirements to win each medal by clicking the medals in the lobby.

- Once you clear the floor with ‘Gold Medal’, you will be able to replay the floor again.
> Replaying the floor will consume the ‘Sigil of Bravery’.
> Acquired medal rewards cannot be re-obtained.

- The ‘Filter’ function will allow you to sort your heroes by ‘Class’ and ‘Elements’ and more.

- Alev (Earth) active skill effect has been revamped.
> Ally’s health amount will be considered as ‘Absolute Value’ instead of ‘percentage’.
> If the health absolute value is the same, the skill effect will be casted to a random ally, except Alev (Earth).

- The name of some characters who appear in the Hard story has been changed.
> Juteka → Muteka

- The name of the fleet of Rosanna (Fire) story has been changed.
> Northwind → Rodoss 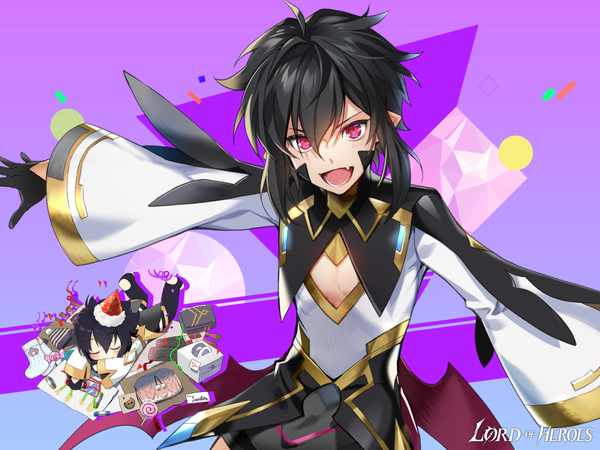 November 11th is Nine’s Birthday. Make sure to collect bday gifts by entering the code below! As well as the Birthday Hero bonus EXP during the event period only! 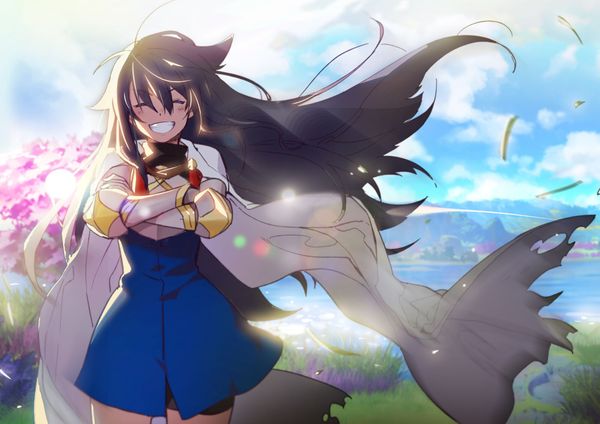 Greetings, lords around the world! It’s already November and we hope you are having a great time with Lord of Heroes! Today, we brought you a short sneak peek concerning ‘Alliance Raid Revamp’.