A former general who became a shadow of his former self after failing to save his country from destruction. Salvation did not come for Krom, leaving him with only dishonor and shame. It is no wonder, then, that this once-upright man eventually gave in to the darkness growing within him.

Greetings, Lords! Starting from Jan 22nd, new mystic beast [Meowmic] will be sighted around the Avillon! Defeat them to get hunting medals that you can exchange for a plethora of rewards at the special shop! 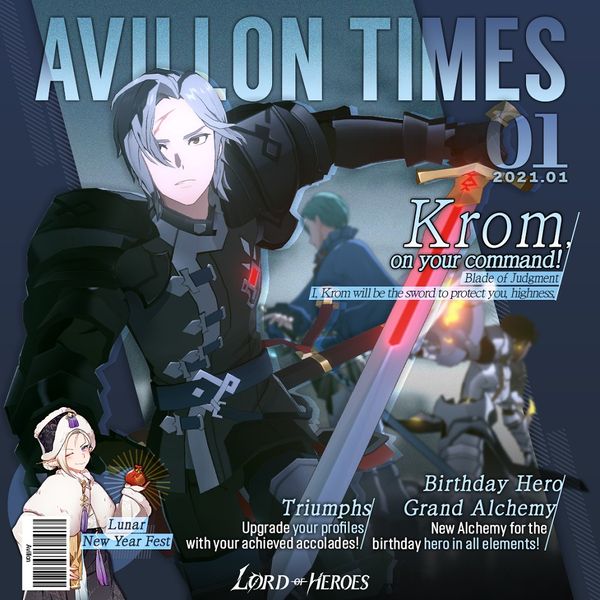 Krom (Dark) visits Avillon on your command! To celebrate Lunar New Year, a fest will be held in Avillon! Meet heroes with Han Bok, the traditional clothing of Korea.